Variety Theatre Ashburton (legal name Ashburton Operatic Society) was formed in 1960 and staged its first production in 1961. With a membership of approximately 150, the Society aims to… Read more →

All tickets for our shows can be purchased from The Ashburton Trust Event Centre. Box Office hours 9am – 5pm Monday – Friday or online at their website. 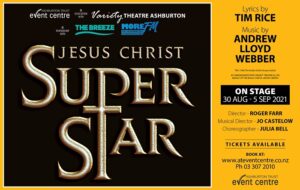 A global phenomenon that has wowed audiences and now celebrating its 50th anniversary, Jesus Christ Superstar is a timeless work set against the backdrop of an extraordinary and universally – known series of events, but seen through the eyes of Judas Iscariot.

The story, told entirely through song, explores the personal relationships and struggles between Jesus, Judas, Mary Magdalene, his disciples, his followers and the Roman Empire. The iconic 1970s rock contains such well – known numbers as “Superstar’, ‘I Don’t Know How To Love Him” and “Gethsemane”.

A huge thanks to all our partners and supporters. Without your help, our productions would not be possible.

To see the names of the committee  Click Here  <a 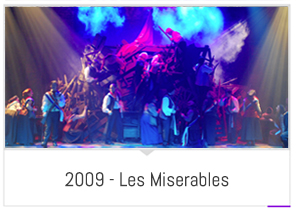 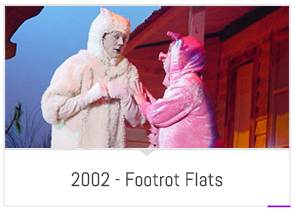 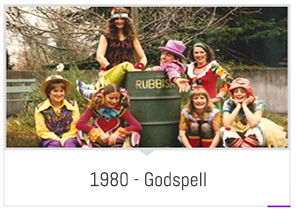