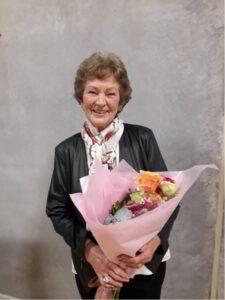 Margaret was a foundation

member of the Operatic Society from 1960, and although she didn’t go on stage for

the first production because she had just had a baby, she made cups of tea!!!

She has contributed to many roles within the theatre since that time, including as a

being rewarded for her dedication to Musical Theatre.

Congratulations Margaret, the committee are thrilled to have such a deserving

person for this role which completes your musical theatre journey. 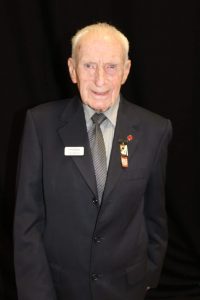 Alan was one of the founding members of the society and in 1961 was elected as one of the vice presidents during the formation of the then Mid Canterbury Operatic Society.

Over the years Alan was involved in many productions and his dedication and commitment to the society and many other organisations is to be admired.

Alan was awarded Life Membership of our society in 1995 and in 1999 received a MTNZ Merit Award. In 2012 Alan was given the Queens Service Medal for Services to the Community.

Rest in Peace Mac you will be missed by all who knew you.